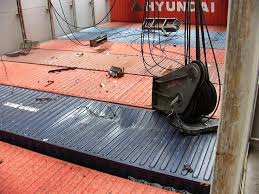 The Dutch courts regularly deal with cases in which shipowners / charterers hold stevedores liable for damage to a vessel.

In some cases, the liability of the stevedore can be based (quite easily) on provisions of the Terminal Service Agreement in place with the stevedore.

In other cases, in particular when having to base the claim on tort (f.i. where the claiming party does not have the contract with the stevedore) the claim can prove more difficult to pursue, one reason being that it is a principal of Dutch law that “careless or otherwise unlawful acts cannot be deduced automatically from the mere fact of damage to property.”

A claimant will need to state and prove that the stevedore committed a tortious act for the tort claim to be able to succeed.

This was (first) held by the Dutch Supreme Court in its longstanding judgment HR 06.03.1953, NJ 1953/791 NICOLAS PATERAS and has been upheld in much lower case law ever since, also earlier this week by the Rotterdam (Maritime) Court in its judgment of 30.10.2019 (ECLI:NL:RBROT:2019:8469): “Now that Peak Shipping has not disputed that discharge was performed in the usual machinal manner, the crane operator will only be deemed to have acted unlawfully if he has not proceeded with the care that can be reasonably expected of him during machinal unloading.”

Being able to prove that a toritous act has been committed, is a factual question and it might be necessery, for instance, to (preliminary) hear witnesses such as the cranedriver and crewmembers to obtain evidence. Also the instruction of surveyors is often necessary.

In the above recent case, the Rotterdam Court rejected the claims by the vessels’ charterers, shortly put, on the grounds that the charterers had not sufficiently proven their standpoint that the stevedore committed a tortious act.